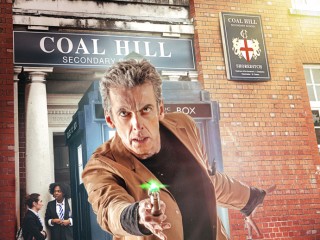 Class is in session later this year, and American fans will be able to enjoy it on BBC America.

This week BBC America confirmed that it will air the Doctor Who spin-off series, which is set at Coal Hill School — where Clara Oswald taught secondary (high school) students (heavily featured in Season Eight of Doctor Who).

The 8-episode series is being developed by Patrick Ness (A Monster Calls), and will air on BBC Three in the United Kingdom.  DW showrunner Steven Moffat will executive produce along with Ness and Brian Minchin, and like its predecessor the series will film in Cardiff, Wales.

“I’m astounded and thrilled to be entering the Doctor Who universe, which is as vast as time and space itself,” Ness said. “I can’t wait for people to meet the heroes of Class, to meet the all-new villains and aliens, to remember that the horrors of the darkest corners of existence are just about on par with having to pass your exams.” 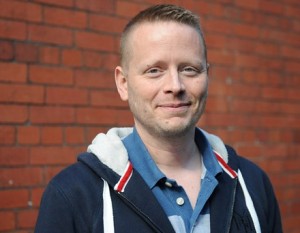 BBC America won’t just air the show State-side; it will also be a production partner in the series.

Like Sarah Jane it will be aimed at a younger audience — though not as young.  Ness is an established young adult fiction writer, and in terms of audience and tone the show’s producers liken Class to Buffy the Vampire Slayer and The Hunger Games.

Filming will begin this spring.  Since no casting or filming news has been announced yet, don’t expect the show to arrive until close to the end of the year. Stay tuned to SciFi Stream for the latest!