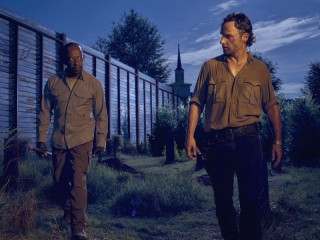 No surprises here: AMC has announced the seventh season renewal for ratings juggernaut The Walking Dead.

The zombie apocalypse drama will be back for the 2016-2017 broadcast season. Though the cable network didn’t specify an exact number of episodes it is expected to be another 16, split into two blocks of eight (with premieres in October and in February).

The current sixth season of the show from creator Robert Kirkman and showrunner Scott M. Gimple drew 14.6 million viewers for its October premiere — down a bit from last year’s 17.3 million, but still dominating all scripted drama on basic cable (as well as the majority of broadcast fare).

But AMC boasted that the third episode of the season grabbed 18.3 million in Live + 3 ratings. 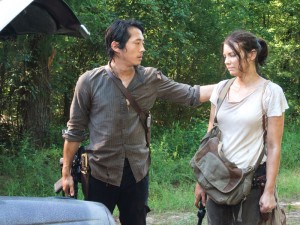 During the summer in between the current sixth season and next fall, AMC is expected to air the 15-episode second season of Fear the Walking Dead, a spin-off drama set in Los Angeles. That series premiered just north of 10 million viewers this summer, and ended with almost 6.9 million.

New episodes of The Walking Dead are currently airing Sundays at 9/8c on AMC. Keep up with Season Six with our TWD episode guide!