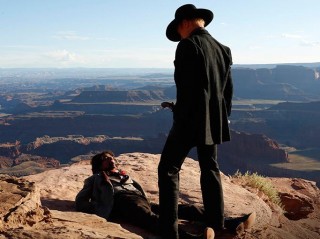 HBO is taking its gold-plated fantasy television credentials (see also: Game of Thrones) into the world of classic science fiction, with Westworld set to debut in 2016.

This week the network unveiled the first teaser spot for the series, asking the question: “Have you ever questioned the nature of your reality?” Check it out below.

Westworld is set inside a futuristic, adult-themed amusement park populated by androids … who, as you might expect, run amok. The show is based on the 1973 feature film written and directed by Michael Crichton.

The cable network has also released new images from the series.

Take a look at the teaser trailer, then sound off in the comments. Will you be watching Westworld?