Browse: Home / 2014 / April / Wonderland‘s Michael Socha To Join Once Upon A Time 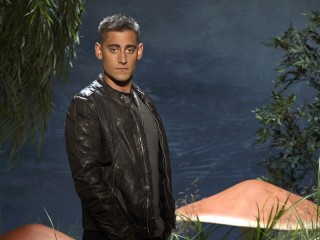 Still grieving the cancellation (or “conclusion,” if you prefer) of spin-off series Once Upon A Time In Wonderland? Turn that frown upside down.

Entertainment Weekly is reporting that actor Michael Socha will join the cast of the parent series Once Upon A Time next season. Socha (who also appeared on the U.K. original Being Human) plays Will Scarlet / The Knave of Hearts.

It won’t be his first time in Storybrooke: his character started out as a rogue wandering the streets of Storybrooke in the Wonderland premiere.

The move still depends on Once actually being renewed for a fourth season, which looks to be a lock — though ABC has yet to make the announcement.