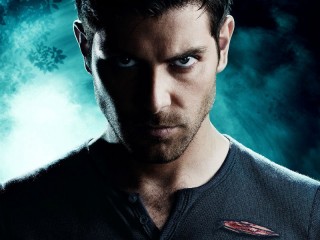 Grimm is headed to a fourth season of monster-fighting, NBC announced this week. The network has renewed the popular Friday night creature drama for the 2014-2015 season.

The series has averaged a 2.5 rating among adults 18 to 49 so far this season, making it the top-rated Friday night show on ABC, CBS, NBC or FOX.

Along with Grimm the dramas Chicago Fire and Chicago P.D. were also renewed this week. They join The Blacklist on the list of renewed drama series.

Overall NBC says that it is up 20 percent from last season, with its highest rating in six years at this point in the broadcast season.

Grimm airs Fridays at 9/8c on NBC. Keep up with the series with SciFi Stream’s Season Three episode guide!