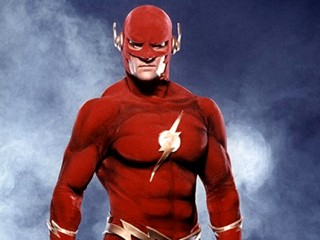 The CW is rapidly adding cast members to its pilot for Flash, a potential spin-off series for Arrow.

This week the network announced that John Wesley Shipp will appear in “a mystery role,” with the part intended to be a recurring guest role should Flash go to series. Shipp starred in the 1990 The Flash, in the role of Barry Allen. CBS aired 22 episodes of the series during the 1990-1991 broadcast season.

In the new CW pilot Barry is played by actor Grant Gustin, who has already appeared in two episodes of Arrow. The character is a Central City assistant police forensics investigator, who obtains the ability to move at super-human speeds.

Also cast in the pilot is Candice Patton (The Game) as Iris West, Barry’s best friend and the show’s female lead. She is also the daughter of Detective West (played by Jesse L. Martin), who is described as “an honest, blue-collar cop who is a surrogate father to Allen” (Deadline). Iris will eventually become a love interest for Barry, according to The Hollywood Reporter.

Carlos Valdes will play Cisco Ramon, “a mechanical engineering genius and the youngest member of the team of scientists at S.T.A.R. Labs.” 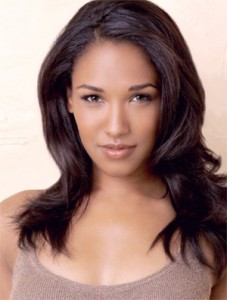 Rick Cosnett (The Vampire Diaries) plays Detective Eddie Thawne, “a recent transfer to the Central City Police Department, whose past is a mystery and who harbors a dark secret,” according to Deadline.

Danielle Panabaker (Shark) will play Caitlin Snow, “a highly intelligent bioengineering expert who lost her fiancé during an explosion at S.T.A.R. Labs.”

Finally, Tom Cavanagh (Ed) has been cast as Harrison Wells, “a rock star in the world of physics and the mind and money behind Central City’s S.T.A.R. Labs Particle Accelerator,” Deadline says. “He becomes a pariah after the lab’s explosion, but he charts his path to redemption when he discovers that his failed experiment had the unintended consequence of creating the world’s fastest man.”

After finding success in The Vampire Diaries‘ spin-off The Originals this season, The CW is going for it again with both Flash and Supernatural: Tribes.

Arrow co-creators Greg Berlanti and Andrew Kreisberg are developing the new Flash series along with director David Nutter. Stay tuned to SciFi Stream for more as it develops!