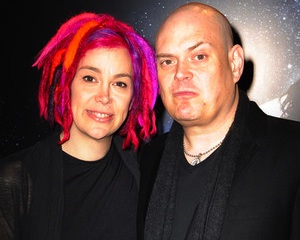 By the end of 2014 expect the Interwebs to be abuzz with talk of Sense8, Netflix’s new science fiction series from Andy and Lana Wachowski (The Matrix, Cloud Atlas, Jupiter Ascending) and writer J. Michael Straczynski (Babylon 5, Jeremiah).

This week TV Line dug up new details on the show’s eight lead characters, who are telepathically linked and share a violent vision.

Among the regulars (as yet uncast) are: a closeted Mexican telenovela hunk, an Icelandic party girl, a German safe-cracker, a Korean businesswoman, an African bus driver and a transgender American blogger (a la Lana?). Perhaps most intriguing, though, are Jonas, an apparently magic African-American who appears to all of the “visionaries,” and his evil counterpart, Mr. Whispers.

Episodes will follow the characters’ individual stories as they are eventually drawn together.

The series’ 10 episodes begin filming in June and will be shot in the U.K., Seoul, Mumbai, Nairobi, Berlin, Mexico City, San Francisco, and Chicago. Netflix is also reportedly planning to shoot and release Sense8 and all its future originals in 4K ultra-high definition.

Stay tuned to SciFi Stream for more on Sense8 in the months ahead!