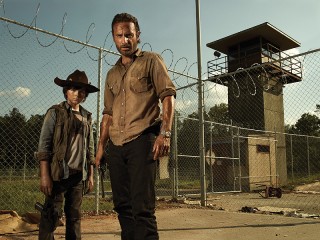 Cable’s biggest drama is back, and tonight AMC released brand new video peeks at what’s coming up on The Walking Dead.

The first is a “this season on” spot, which runs about 30 seconds and includes footage from a number of upcoming episodes.

The second is a 1-minute teaser clip from the beginning of next Sunday’s new episode, titled “Infected.”

The Walking Dead airs Sundays at 9/8c on AMC. For more on Season Four head over to our series guide!

What did you think of the season premiere and all the new characters?