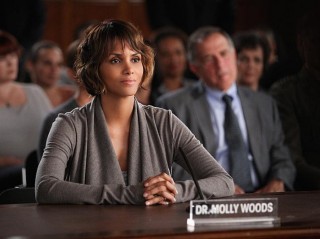 Six months after her life unraveled, Molly Woods is confined to a psychiatric hospital when she learns of a murder she worries might be connected to what she witnessed in space. Meanwhile, Julie takes charge of a newly militarized Humanichs program.

MOLLY BREAKS OUT OF A PSYCHIATRIC HOSPITAL TO INVESTIGATE BIZARRE DEATHS SIMILAR TO THOSE SHE WITNESSED IN SPACE, ON THE SECOND SEASON PREMIERE OF "EXTANT," WEDNESDAY, JULY 1

"Change Scenario" - Six months after her life unraveled and dark secrets were revealed, Molly is confined to a psychiatric hospital when she learns of bizarre deaths that sound eerily similar to those she witnessed in space. When she escapes to investigate, she crosses paths with JD Richter, a determined cop who just signed on to the case, on the second season premiere of EXTANT, Wednesday, July 1 (10:00-11:00 PM, ET/PT) on the CBS Television Network. Jeffrey Dean Morgan joins the cast as JD Richter, a cop and bounty hunter who thrives on solving the unsolvable.