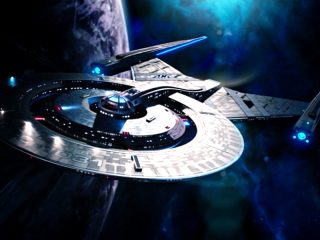 Star Trek: Discovery will be back for a second season.

CBS All Access today announced the renewal of the new Trek series, the day after its sixth episode debuted on the streaming platform and around the world.

“In just six episodes, Star Trek: Discovery has driven subscriber growth, critical acclaim and huge global fan interest for the first premium version of this great franchise,” CBS Interactive President and COO Marc DeBevoise said. “This series has a remarkable creative team and cast who have demonstrated their ability to carry on the Star Trek legacy. We are extremely proud of what they’ve accomplished and are thrilled to be bringing fans a second season of this tremendous series.”

There’s no word yet on how many episodes the show will get for Season Two or when it will premiere, though the fall of 2018 seems like a safe bet.

Producers say that the Federation war with the Klingons will occupy the first season of show, with Season Two moving forward to a different story.

Discovery‘s first season is set 10 years before The Original Series, an era in which hostilities with the Klingon Empire have settled into a cold war. 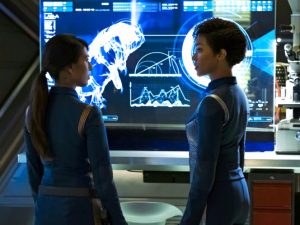 The renewal is a big vote of confidence in the series, which generally has been well-received by fans and critics alike. Naysayers suggested before the show began that its production delays, and the loss of co-creator Bryan Fuller behind the scenes, signaled a failing show that would be quickly cancelled and replaced with something else.

Discovery is also not your father’s Trek, and not as much of the family show as its predecessors. The show has made waves recently with the first F-bomb in Star Trek‘s 51-year history.

CBS All Access said that the launch of the series in September broke records for subscriber sign-ups in a single day, week, and month for the streaming service. A week after the show’s debut Variety reported that subscription revenue for the service — which launched in October 2014 — had nearly doubled.

Nine episodes will wrap up the first chapter of Season One, concluding November 12. The final six episodes of the show’s freshman season will debut in January.