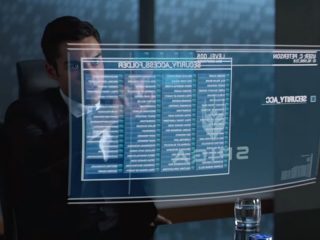 Syfy Channel has pulled back the curtain on an extended trailer for Incorporated, its next original scripted drama in the category of hard sci-fi.

Set in the year 2074, the series follows Ben Larson (Sean Teale), a young man who escapes the poverty of the Red Zone and risks everything to infiltrate the all-controlling corporate world — in order to save the woman he loves. Ben Affleck and Matt Damon executive produce.

The trailer runs about a minute and a half. Take a look below!