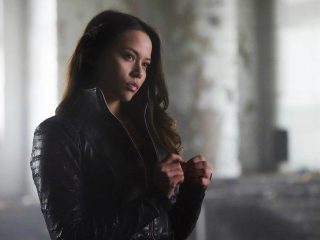 It’s the middle of the sophomore season for Syfy’s Dark Matter, and that means it’s about time for that classic sci-fi trope that we love so much: the parallel universe!

On Friday’s episode the Raza crew tests out the experimental Blink Drive, only to find themselves thrust into a world that is both like, and very unlike, their own.

Fear the Walking Dead returns this weekend on AMC, with an 8-episode run to fill out the rest of the show’s second season. The teaser trailer makes it look like the show is amping things up and will be introducing new characters, now that the families have reached Mexico. Take a look below.

Here’s the schedule for sci-fi TV this week: 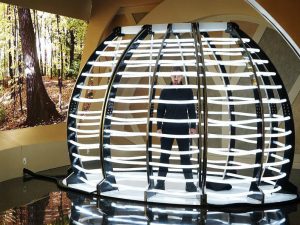 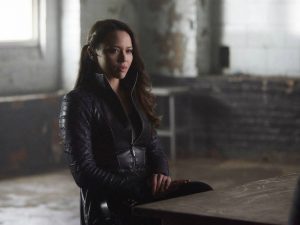 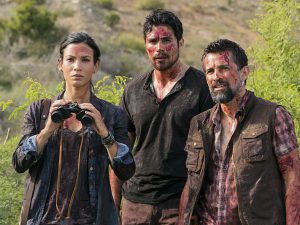 FEAR THE WALKING DEAD
AMC, 9/8c – MID-SEASON PREMIERE!
“Grotesque.” With Travis and Chris missing and Nick having struck out on his own, Madison and Strand consider what do next. Nick’s search for answers leads him into deadly terrain, where a dark part of his past is revealed.