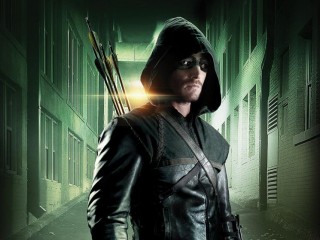 The CW has just dropped the huge — if not entirely surprising — news that it is giving early renewals to not one, not some, but all of its scripted shows from the fall 2014 season.

That means sci-fi and fantasy favorites Arrow, The Flash, Supernatural, The 100, The Vampire Diaries, and The Originals will be back for the 2015-2016 season (in addition to finishing up their current seasons, which resume in the next week or two).

Freshman Jane the Virgin (already a darling of TV critics) will also be back, as will Reign. Eight shows in total were renewed today, announced at the Television Critics Association Press Tour in Pasadena, Calif.

“Each of these series have helped define what The CW is today, a network that is home to smart, provocative, quality programming, targeting a savvy adult audience,” CW President Mark Pedowitz said. “By picking up these shows now, our executive producers can start planning next season’s storylines, and rolling these shows out throughout next season guarantees The CW will have more proven original series for our fall, midseason and summer 2016 line-ups.”

It will be Arrow‘s fourth season, The Flash‘s second, The 100‘s third, and a record-breaking eleventh year for Supernatural. (That show’s long-time genre companion, Smallville, tapped out at ten seasons, narrowly surpassing Stargate SG-1 as the longest-running, continuously produced television show shot in North America.)

The CW also announced mid-season premiere dates for new genre shows iZombie (March 17) and The Messengers (April 10). Here’s how it described the latter:

When a mysterious object plummets to Earth, the blinding explosion it causes sends out a shock wave that instantly connects five strangers who awaken after the pulse with extraordinary gifts they can barely believe. Most mysterious of all is a figure known only as The Man, who brings death and suffering wherever he appears. The wheels of Revelation have begun to turn, and these five newly christened Angels of the Apocalypse may be the only hope for preventing the impending Rapture.

We’ll give that one a try for sure!

Which show are you most excited about returning to The CW next season?