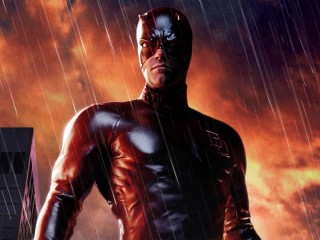 There’s a new captain at the head of the Daredevil ship, as Netflix prepares to leap into the superhero genre in 2015.

Spartacus creator Steven S. DeKnight is has been tapped as executive producer and showrunner for the series, following the departure of former producer and director Drew Goddard. Marvel announced the news over the weekend.

Netflix will produce 13 episodes of Daredevil, as the first stage in a rollout of some of Marvel Comics’ lesser-known heroes. Jessica Jones, Iron Fist, and Luke Cage shows will follow, building up to the team-up miniseries event The Defenders.

DeKnight’s other credits include Buffy the Vampire Slayer, Angel, Smallville, and Dollhouse.

Goddard wrote the first two episodes of Daredevil and will remain an executive producer. He bowed out of the show’s daily production routine when Sony hired him in March to write and direct the Amazing Spider-Man spin-off film The Sinister Six.