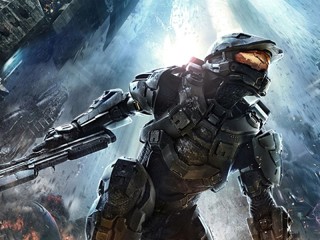 The Stephen Spielberg-produced Halo “television” series finally has a target release window: Variety reports that Microsoft is aiming for fall 2015 for the show, which will put it alongside the release of the Xbox game Halo 5: Guardians.

Halo was conceived as an original scripted series to be distributed through the Xbox Live network. The show will stand alone from the game, more or less.

Now Showtime is in talks with Microsoft’s Xbox Entertainment Studios to partner on the show. If Showtime gets its way, Halo will run first on the premium cable network.

Showtime hasn’t had much going in the sci-fi genre since it dumped Stargate SG-1, Total Recall: 2070, Jeremiah, and the short-lived Odyssey 5 a decade ago.

Microsoft is also developing Halo separately as a digital film, to be directed by Sergio Mimica-Gezzan (Battlestar Galactica).