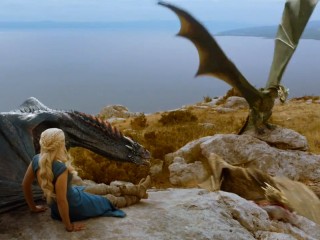 HBO was quick to demonstrate its continued commitment to George R.R. Martin’s epic fantasy tale, renewing Game of Thrones for not one but two more seasons.

The news comes only a day and a half after the premiere of Season Four, which drew an average of 6.6 million viewers to the premium cable channel — a Thrones record, and HBO’s most-watched program since the 2007 series finale of The Sopranos (11.9 million).

The current season will finish adapting the third novel in Martin’s A Song of Ice and Fire series. Early indications seem to be that Season Five (to air in 2015) will combine elements of both books four (A Feast For Crows) and five (A Dance With Dragons), which take place at roughly the same period of time.

Martin is still writing the sixth of a planned seven novels. The last two have had five and six years between them, respectively (being published in 2005 and 2011). 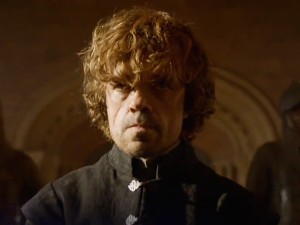 While there is plenty of material to expand the TV adaptation and give Martin a little time to catch up, the show’s producers have commented on multiple occasions that they believe the show will run for seven seasons. Since the seventh book is still likely several years off, the network will likely have to decide within the next two years just what it will do — since Martin will certainly not let the end of his tale be told on the small screen before the final novel is released.

Keep it with SciFi Stream for continuing coverage in our Game of Thrones show guide!