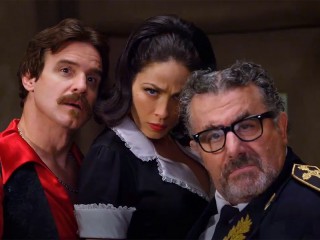 The agents of Warehouse 13 are back for one final bow this spring! Syfy Channel has announced that the show’s fifth and final season will premiere Monday, April 14 (9/8c). Watch the trailer below.

The shortened season will run for six episodes, putting the finale in late May — before Defiance arrives with its second season in June.

Season Five of Warehouse 13 picks up where last year’s finale left off, with the evil Paracelsus (Anthony Head) having escaped from Warehouse containment and expelled the agents, threatening to seize control of everything. Meanwhile, Claudia has taken over stewardship of the Warehouse and returned to fight Paracelsus from the inside.

Keep up with the show with our Warehouse 13 series guide!