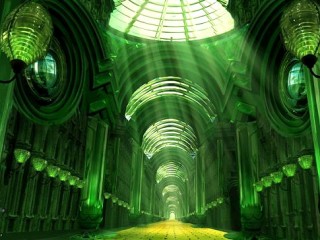 NBC has given an early go-ahead to Emerald City, a modern reimagining of Frank L. Baum’s Wizard of Oz books.

Emerald City has received a 10-episode, straight-to-series order without a pilot. Says NBC:

Based on the 14-book series that first created the wonderful — and treacherous — Land of Oz, “Emerald City” is a dramatic and modern reimagining of the tales that include lethal warriors, competing kingdoms, and the infamous wizard as we’ve never seen him before. A head-strong 20-year-old Dorothy Gale is unwittingly sent on an eye-opening journey that thrusts her into the center of an epic and bloody battle for the control of Oz.

Stay tuned to SciFi Stream for more on Emerald City in the months to come!