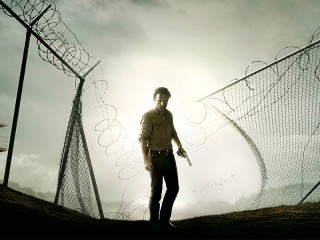 AMC has unveiled a new 30-second spot for The Walking Dead, which kicks off its fourth season in less than two weeks.

The teaser shows all hell breaking loose when Walkers apparently infiltrate the prison, where Rick’s group and the Woodbury refugees have been living in a relative peace for several weeks.

The new video is below, followed by the longer Season Four trailer from Comic-Con.