Browse: Home / 2013 / October / Once Upon A Time‘s Josh Dallas and Ginnifer Goodwin Are Engaged 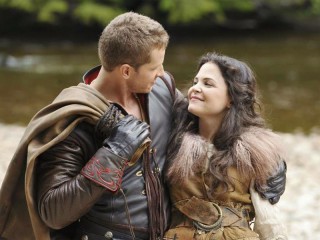 The stars of ABC’s Once Upon A Time are going to live happily ever after. Actors Josh Dallas and Ginnifer Goodwin announced this week via their publicists that they are engaged to be married.

Dallas proposed on October 8 in Los Angeles. The two met on the show, but were both in other relationships when Once started two years ago. (Dallas, 35, was married to Sherlock actress Lara Pulver.)

Once Upon A Time airs Sunday nights at 8/7c on ABC. Congratulations to the couple!