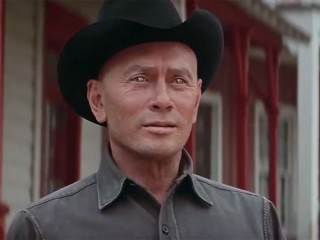 Set in a futuristic, immersive fantasy theme park, the series shows what happens when the android-populated environments of the Wild West, the Medieval era, and the Roman world go haywire and begin attacking the human visitors.

The pilot comes from Bad Robot and Warner Bros. TV and will be produced by J.J. Abrams, Person of Interest creator Jonathan Nolan, and Jerry Weintraub. It is Bad Robot’s first major cable sale, according to Deadline. The production company has had a string of hits on broadcast networks, including Fringe, LOST, and Person of Interest. (It is also behind the upcoming genre shows Almost Human and Believe.)

Nolan wrote the pilot with Lisa Joy (Burn Notice), and is also slated to direct.

It’s actually the second television series for the property. A short-lived, 1980 series called Beyond Westworld was a continuation of both Westworld and its big-screen sequel Futureworld.

Westworld joins two other genre shows on HBO’s development slate: The Leftovers, about a post-rapture society; and The Spark, about the discovery of an alien signal from beyond our solar system.

Check out a modern trailer made for the 1973 film below, and stay tuned to SciFi Stream for more.