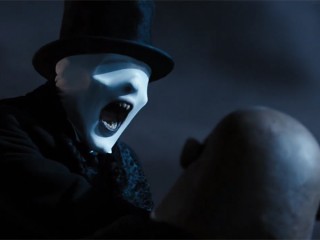 Clara may be about to learn “The Name of the Doctor” in Saturday’s big finale! Watch the trailer and more here.

Doctor Who is headed toward the final hour of the show’s seventh season (since the 2005 reboot, that is), and after all these years the Doctor’s biggest secret may finally be revealed. The May 18 episode is titled “The Name of the Doctor.”

The episode sees the return of some friendly faces, including Alex Kingston as River Song.

Take a look at a couple of teaser trailers below, followed by a special, three and a half-minute prequel video penned by executive producer Steven Moffat.