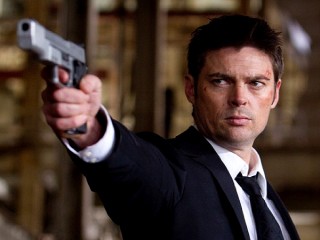 SciFi Stream looks at the genre pilots in contention for next season on FOX.

FOX has always had an on-again, off-again love affair with the sci-fi genre. For every long-lasting X-Files and Fringe, there is a quickly abandoned Firefly or Terra Nova. Then there was Dollhouse and Terminator: The Sarah Connor Chronicles, both of which managed to get a second season but couldn’t bring in the viewers to keep going.

But while the network doesn’t always stick with its sci-fi shows for the long-haul, it’s usually pretty good about developing interesting and original projects.

This season FOX has three genre shows vying with the other dramas in development for the 2013-14 season:

It’s a world where love had been deemed illegal, and where citizens undergo a procedure to eradicate love when they come of age. With just 95 days to go until her scheduled treatment, Lena Holoway (Roberts) does the unthinkable: she falls in love. The series is based on a book trilogy by Lauren Oliver.

Set in the near future, all LAPD officers are partnered with highly evolved, human-like androids. Human (working title — previously Inhuman) is an action-packed buddy cop show. Those buddies are John Kennex (Urban) and his artificial partner, Dorian (Ealy).

We’re really excited about this one. And it doesn’t hurt that the lead is a bona fide movie star, thanks to features like The Lord of the Rings (Eomer), Dredd (Judge Dredd), and Star Trek (Leonard McCoy). (The pic above is of Urban in the 2010 film Red.)

Billed as a modern-day supernatural thriller, Sleepy Hollow will draw inspiration from Washington Irving’s classic The Legend of Sleepy Hollow. Ichabod Crane (Mison) partners with Sleepy Hollow’s local female sheriff to solve mysteries in a town ravaged by the battle between good and evil.

It remains to be seen just how solidly this show would fit in the fantasy genre, but we’re keeping an eye on it.

If We Had To Pick One Sight Unseen: HUMAN. Showtime’s Total Recall: 2070 also paired a human and an android as detectives, and it was great. With Abrams and Wyman, a higher action content, and a network budget, this has the potential to be one of the best shows of the new season.

FOX is also developing PARA TIME from Matthew Graham, co-creator of the BBC drama Life on Mars, about a group that polices parallel worlds. The show was announced in August 2012, but a pilot hasn’t been ordered yet.

Stick with SciFi Stream for full coverage of the 2013-14 season of sci-fi and fantasy television! FOX and the other broadcast networks will announce their final choices for the new fall season later in May.