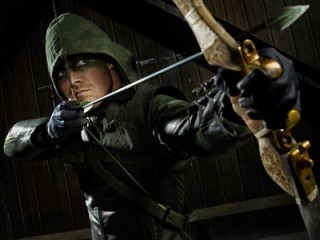 Veterans Supernatural, The Vampire Diaries, and newcomer Arrow will all be back next season!

The CW has announced an early pick-up for all three shows, TV Line reports.

Now in its eighth season, Supernatural is up 15 percent in its total audience from last year. The Vampire Diaries remains the network’s top-rated show in target demographics. And Arrow gave the CW its biggest new series premiere since 2009, and is still holding strong.

It will be the ninth, fifth, and second seasons for the shows, respectively.

“We said last year that one of our goals was to establish building blocks to grow on, and now with our new hit Arrow and fan favorite Supernatural on Wednesday night, and the continued success of The Vampire Diaries on Thursday, we’ve been able to do that,” network president Mark Pedowitz said in a statement. “Not only do Arrow, Supernatural and The Vampire Diaries perform well on-air, they’re also extremely successful for us both digitally and socially. I’m thrilled to have all three shows returning to our schedule next season.”

The CW looks to be shaping up as a science fiction and fantasy powerhouse, with several new genre shows currently in development. That list includes human-alien romance Oxygen, The Hundred, The Selection, a remake of The Tomorrow People, and The Originals — a Vampire Diaries spin-off.

We’ll find out between now and may which of those gets picked up and set for the fall season. Stick with SciFi Stream for the latest!