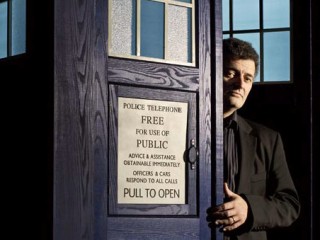 Doctor Who showrunner Steven Moffat is stepping down after next season.

Moffat will wrap up his 6-year tenure with the 2016 Christmas special followed by the tenth season of the modern era — which the BBC confirms it won’t air until the spring of 2017.

The news has been a while in coming, and the (ever busy) writer and executive producer has recently gone on the record about having a hand in the BBC’s selection of his replacement to steer the venerable franchise.

That person will be Broadchurch executive producer Chris Chibnall, the BBC confirmed today. Chibnall is a life-long Who fan whose credits also include Law & Order: UK, Life on Mars and Torchwood.

The U.K. network broke the news via Twitter, and Radio Times followed up with details and comments from the major players:

“Feels odd to be talking about leaving when I’m just starting work on the scripts for Season 10, but the fact is my timey-wimey is running out,” Moffat said. “While Chris is doing his last run of Broadchurch, I’ll be finishing up on the best job in the universe and keeping the TARDIS warm for him. It took a lot of gin and tonic to talk him into this, but I am beyond delighted that one of the true stars of British Television drama will be taking the Time Lord even further into the future. At the start of Season 11, Chris Chibnall will become the new showrunner of Doctor Who. And I will be thrown in a skip.” 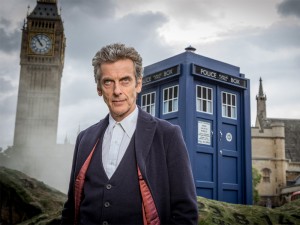 Doctor Who Season Ten will feature current doctor Peter Capaldi and a new companion, replacing the outgoing Jenna Coleman (Clara Oswald). But the new companion won’t necessarily be introduced in the Christmas special.

“Doctor Who is the ultimate BBC programme: bold, unique, vastly entertaining, and adored all around the world,” Chibnall said. “So it’s a privilege and a joy to be the next curator of this funny, scary and emotional family drama. I’ve loved Doctor Who since I was four years old, and I’m relishing the thought of working with the exceptional team at BBC Wales to create new characters, creatures and worlds for the Doctor to explore.

“Steven’s achieved the impossible by continually expanding Doctor Who‘s creative ambition, while growing its global popularity. He’s been a dazzling and daring showrunner, and hearing his plans and stories for 2017, it’s clear he’ll be going out with a bang. Just to make my life difficult.”

Chibnall will be the third showrunner of Doctor Who‘s modern era. His first season on the show will air in 2018. (It’s not clear who will be in charge of the 2017 Christmas special, assuming that there will be one.) The BBC hasn’t decided whether or not the show’s premiere date will stay in the springtime at that point.