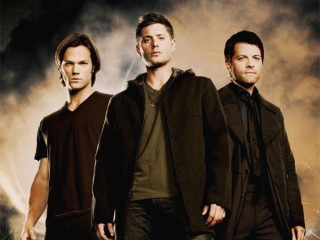 UPDATED: The Winchester brothers may be gaining a new ally, with the network contemplating a spin-off series for the long-running fantasy hit.

Supernatural executive producer Bob Singer announced in a press event at last week’s San Diego Comic-Con that a spin-off is under consideration. The plan is to introduce a new character around episode 20 of the show’s upcoming ninth season, which would serve as a planted pilot. If all goes well, that character would then anchor the new show.

TV Line reports that the spin-off would likely take on a more “citified” feel, as opposed to the Winchesters’ love for the open road and the great outdoors.

The planted pilot worked well for The Vampire Diaries this spring, spinning off The Originals this fall after a successful episode.

Season Nine of Supernatural premieres Tuesday, October 15 at 9/8c on The CW.

UPDATE July 29: Deadline reports that the backdoor pilot is a go, and will follow the clash of hunter and monster cultures in the city of Chicago. Supervising producer Andrew Dabb will write the episode.