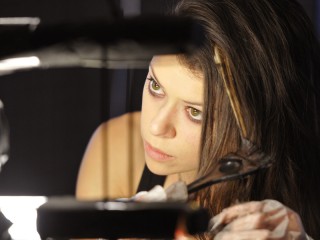 The BBC America hit clone drama Orphan Black is back for its second season this spring!

The U.S. cable network has set April 19, 2014, for the official return of the show, which made waves last spring and garnered newcomer Tatiana Maslany a Critics Choice Award for Best Actress in a Drama. The network also released the first teaser for the new season. (Watch it below.)

Maslany’s character Sarah hits the ground running this year in a desperate search for her missing daughter, Kira (Skyler Wexler). Her scorched earth tactics spark a war with pro-clone, Rachel (also played by Maslany), dividing and imperiling all the clones. As Sarah discovers more about her past, mysterious newcomers appear … but can they be trusted?

Catch up with Orphan Black now on Blu-ray and DVD, and visit our Season One episode guide!