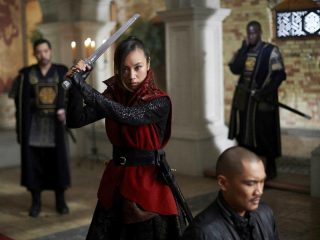 September has arrived, and with it the final waning days of summertime — and our favorite summer genre series. There’s just two weeks left until the fall shows start to roll out.

This week Syfy has a double feature for Dark Matter, as Five ends up kidnapped and Four returns home to reclaim his throne on Zyron. Those two episodes start one hour earlier, at 9/8c. This will tee up the season finale next week.

Then on Sunday AMC has a new episode of Fear the Walking Dead, where Nick must draw on his past skills to thrive in his new position.

This fall we’ll have continuing coverage in our episode guides for fantasy favorites like Once Upon A Time, comic book hits from Arrow and The Flash to Supergirl, Gotham, and Agents of S.H.I.E.L.D., and more. And we’ll be rolling out show guides for new fall debuts like NBC’s Timeless, the BBC’s Doctor Who spin-off Class, Syfy’s Incorporated, and HBO’s much-anticipated Westworld. Stay tuned!

Until then, he is your schedule for this week in sci-fi and fantasy television: 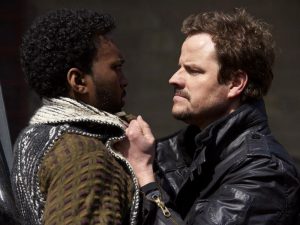 DARK MATTER
Syfy, 9/8c
“Wish I’d Spaced You When I Had The Chance” / “Sometimes In Life You Don’t Get To Choose.” Three must rescue a captive Five, and Four makes a move to reclaim his throne.
SUNDAY 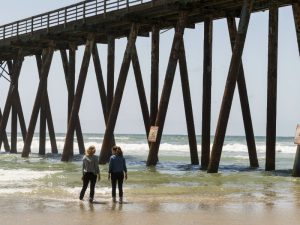 FEAR THE WALKING DEAD
AMC, 9/8c
“Pablo & Jessica.” Alicia and Madison try to bring two competing factions together; Nick uses skills from his past for his new role.