Browse: Home / On Hiatus / The Orville / Season One / Into The Fold 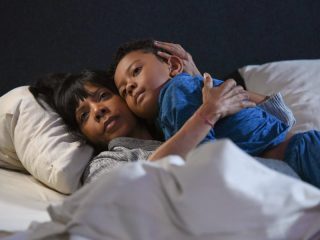 While en route to a recreation planet Isaac, Dr. Finn, and her two children are trapped on an uncharted world, where the hostile native population suffers from a horrifying ailment.

DR. CLAIRE FINN AND ISAAC GET LOST IN SPACE ON AN ALL-NEW "THE ORVILLE" THURSDAY, NOVEMBER 2, ON FOX

Ed and the crew set out to save Dr. Finn, her two sons and Isaac after their shuttle gets thrown into unchartered space and they crash-land on a moon that is light years from the Orville in the all-new "Into The Fold" episode of THE ORVILLE airing Thursday, Nov. 2 (9:01-10:00 PM ET) on FOX. (ORV-108) (TV-14 D, L, V)