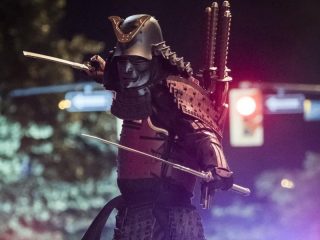 As a powerful samurai threatens Central City Cisco recruits Caitlyn to try and get Barry out of the Speed Force. But the man who comes out is not the same as who Barry was when he went in.

COMING HOME - With Barry (Grant Gustin) in the speed force, Iris (Candice Patton), Kid Flash (Keiynan Lonsdale), Joe (Jesse L. Martin) and Vibe (Carlos Valdes) have taken over protecting Central City. However, when a powerful armored villain threatens to level the city if The Flash doesn't appear, Cisco makes a risky decision to break Barry out of the speed force. However, the Barry that comes out isn't the same Barry that went in.