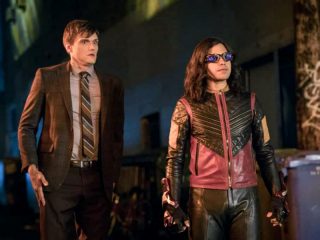 The bus incident leads Joe and Barry to Ralph Dibny, once a corrupt cop who now suffers unusual effects from his exposure to dark matter. Cisco finds himself on the run after Gypsy’s father shows up on Earth and is not impressed by the young man who is dating his daughter.