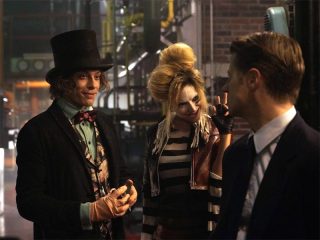 Gordon races to uncover the criminal element threatening to end talks of Gotham’s reunification with the mainland. A very much alive Jeremiah returns and organizes a twisted recreation of the murder of Bruce’s parents with the help of Jervis Tetch aka Mad Hatter. (FOX)

JEREMIAH RETURNS FOR HIS MOST TWISTED PLOT YET ON AN ALL-NEW "GOTHAM" THURSDAY, FEBRUARY 21, ON FOX