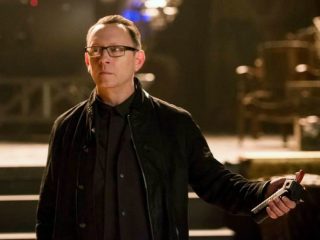 Cayden James announces his plan to detonate a bomb that could destroy the city, and Team Arrow scrambles to find proof that Oliver has been framed for murder. While Dinah hunts Black Siren, Cayden’s allies grow suspicious about his loyalty to them.

Cayden James (guest star Michael Emerson) discovers a secret about the Green Arrow (Stephen Amell) that pushes him over the edge. Knowing everyone and everything he loves is in danger, Oliver must decide if he can do this alone or if he needs to turn to his old teammates for help. William (guest star Jack Moore) starts to demand more of Oliver's time.