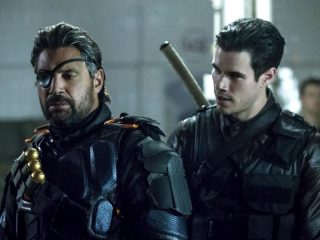 Oliver finds himself in the crosshairs after Slade joins up with his son’s criminal organization. Back in Star City Diggle turns to the criminal underground for a drug needed to treat his condition, only for Team Arrow to come up against his dealer — called “the Dragon.”