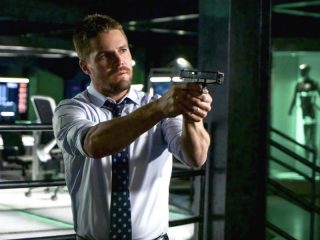 Oliver reaches a low point when he is targeted for impeachment by the City Council and isolated by those closest to him. While Oliver struggles with his personal demons, he discovers that someone has messed with his mind.

OLIVER IS VISITED BY A GHOST FROM HIS PAST

In his darkest place yet, Oliver (Stephen Amell) wonders if he has failed at everything - being a father, a mayor and a hero. His frustration rising, Oliver lashes out at Felicity (Emily Bett Rickards) and William (guest star Jack Moore). A surprising visit from an old friend has Oliver questioning his next move.