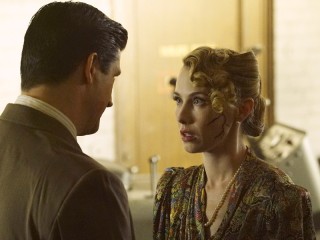 Written By:
Brant Englestein
Directed By:
Metin Huseyin
Our Rating:

Peggy and Sousa offer Whitney Frost the uranium rods in a ploy to rescue Wilkes, but the trade does not go as planned. Howard Stark sends a gift that might help eliminate Zero Matter, and Mr. Jarvis determines to take revenge on Whitney.

AGENT PEGGY CARTER MAKES A DEADLY DEAL WITH THE ENEMY, ON "MARVEL'S AGENT CARTER" ON ABC

"The Edge of Mystery" - Peggy and Sousa propose a trade with Whitney Frost, while the SSR gets help from Howard Stark that may be the key to eliminating Zero Matter, on "Marvel's Agent Carter," TUESDAY, FEBRUARY 23 (9:00-10:00 p.m. EST) on the ABC Television Network.