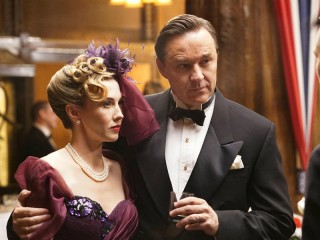 Written By:
Eric Pearson
Directed By:
Craig Zisk
Our Rating:

Peggy realizes that she needs help to retrieve a sample of Zero Matter to try and save Wilkes, and recruits her adversary Dottie Underwood for an undercover operation. Meanwhile Whitney prepares for a meeting with the Council, which does not go according to plan.

"Life of the Party" - When Peggy realizes she cannot save Wilkes on her own, she turns to her most unexpected adversary for help while Whitney makes a move to control the deadly Zero Matter, on "Marvel's Agent Carter," TUESDAY, FEBRUARY 16 (9:00-10:00 p.m. EST) on the ABC Television Network.