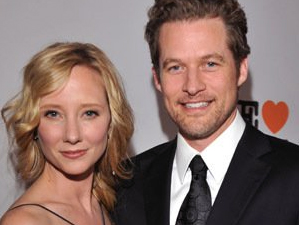 James Tupper and Anne Heche have been set to co-star in the new post-apocalyptic thriller Aftermath, producer Halfire Entertainment announced today. The 13-episode series begins production in Vancouver next week for a summer premiere on Syfy Channel and Canada’s SPACE.

Tupper and Heche will play Joshua and Karen Copeland “who, along with their three teenagers, must battle for survival after civilization comes to an apocalyptic end, triggered by devastating natural disasters — and the rise of supernatural creatures.”

Joshua is “a university professor whose study of world cultures gives him unique abilities and insights that may help him decode the events of the apocalypse,” according to the announcement. His wife Karen is described as “a fierce protector who, in her quest to keep her family safe, draws on the combat skills and survival training she received as an Air Force pilot.”

The family’s three siblings will be played by the previously announced Julie Sarah Stone (The Killing), Taylor Hickson (Deadpool), and Levi Meaden (Olympus). Stone plays Dana, “the practical, sardonic and quick-witted twin with a thorough knowledge of science” (Deadline). Hickson is the emotional and rebellious twin, Brianna, and Meaden plays their older brother Matt — a “fierce competitor pushed into brutality” in the new world.

Aftermath is created by William Laurin and Glenn Davis (Missing), who will executive produce along with Julie Hope.

The two are a real-life couple who have been together since 2006. They have one son together.

“We are incredibly fortunate to have James Tupper and Anne Heche take on the roles of Joshua and Karen Copeland,” Halfire President Noreen Halpern said. “They are both such incredibly talented actors and no better way to create a family on screen then starting with a real one.”

“Tupper and Heche are a perfect fit for Aftermath since they embody the tenacity and intelligence needed to lead viewers and our fictional family through the unpredictable, mysterious journey at the end of the world,” Syfy Senior Vice President Chris Regina said.