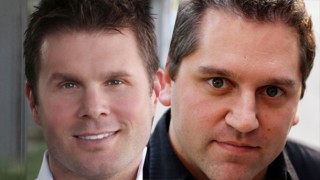 The growing team behind Star Trek‘s much-anticipated return to television next year continues to grow.

CBS announced today that it has added two more executive producers to the project (which is still awaiting an official title, assuming that CBS won’t just call it “Star Trek”). Rod Roddenberry is the son of original Trek creator Gene Roddenberry, and Trevor Roth is the COO of Roddenberry Entertainment.

It’s a great sign that Alex Kurtzman, Bryan Fuller, and the rest of the team are looking to create a series that is faithful to Roddenberry’s original vision.

“Gene Roddenberry, the Great Bird of the Galaxy, left a finely feathered nest for all who love Star Trek to enjoy,” Fuller said in a statement. “It is only fitting that Rod Roddenberry and Roddenberry Entertainment join our new Trek adventure to ensure that his father’s legacy of hope for the future and infinite diversity in infinite combinations runs through our tales as Gene Roddenberry intended.”

“While I will always be humbled by its legacy and the legions of fans who are its guardians, it’s a genuine honor to be joining a team of imaginative and incredibly capable individuals whose endeavor it is to uphold the tenets of Star Trek‘s legacy while bringing it to audiences in a new era and on a contemporary platform,” Roddenberry added.

Roddenberry also tweeted that the new Star Trek series will be “bold, new, yet reverent.”

Heather Kadin will also executive produce, with Kurtzman and Fuller. Fuller will take on showrunning duties, meaning he’s in charge of the writer’s room and many of the day-to-day production choices.

Star Trek will premiere on CBS early next year, and then air weekly on the network’s digital streaming platform, CBS All Access.