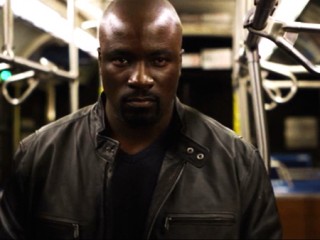 The third Marvel superhero drama in Netflix’s long-look roll-out is officially on the calendar: Netflix has confirmed that Marvel’s Luke Cage will make its streaming debut on September 30.

Series lead Mike Colter (The Good Wife) made his debut as the character in a recurring role on Marvel’s Jessica Jones, which made a big splash when it debuted to rave reviews last November. Cage is a man with a exterior that is tough as nails … literally. His skin is impenetrable (not to mention un-burnable).

Though Cage and Jones have a relationship in the comics, don’t expect to see much of actress Krysten Ritter on the next show. At the end of that series Cage set out on his own, leaving Jessica to get ready for Season Two of her show (which now seems likely to be pushed to 2017). 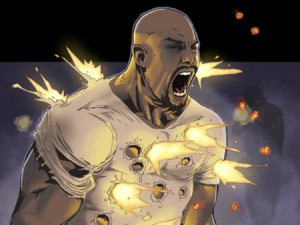 Colter made the premiere date announcement during the red carpet premiere celebration for Daredevil Season Two — which lands on Netflix next Friday, March 18.