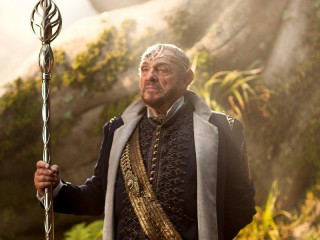 The Shannara Chronicles follows three young adventurers on a mission to stop the awakening of a horde of demons poised to conquer the Elven nation. Austin Butler stars as Wil Ohmsford, a young man from the country with a destiny to fulfill, along with Poppy Drayton as Elf princess Amberle Elessedil, and Ivana Baquero as Eretria. Arrow‘s Manu Bennett (he played Slade Wilson, a.k.a. Deathstroke) also stars as the warrior-priest Allanon, with the excellent John Rhys-Davies as the elf Eventine Elessedil.

The show filmed in New Zealand and looks like it has a decent budget behind it. Take a peek at the trailer below, and keep up with the series every week with our brand new Shannara show guide.

Supergirl is also back this week, as the Kryptonian Non captures Hank Henshaw and Kara has to deal with her boss’s accusation that she is, in fact, Supergirl. Heroes Reborn is also back with the first of its final three episodes. 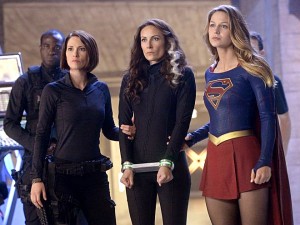 SUPERGIRL
CBS, 8/7c
“Blood Bonds.” With Astra in captivity at the DEO, her husband, Non, captures Hank, leading to a tense standoff between the two sides. Also, Kara continues to refute Cat’s allegations that she is Supergirl.
TUESDAY 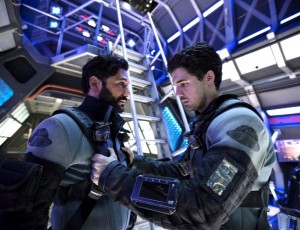 THE EXPANSE
Syfy, 10/9c
“Back to the Butcher.” Holden and the crew make a deal with an unlikely ally on Tycho station; at the same time, Miller’s obsession with conspiracy theories and the disappearance of Julie Mao continues to grow. 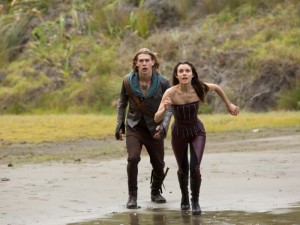 THE SHANNARA CHRONICLES
MTV, 10/9c – SERIES PREMIERE!
“Chosen.” When Four Lands is in danger, the fate of the world rests on the shoulders of an unlikely trio. Wil and Allanon discover she may be the key to saving the Four Lands, and set out to find the princess.
THURSDAY 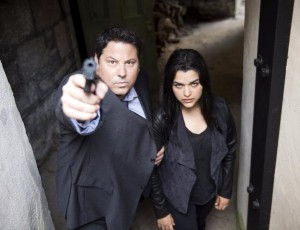 HEROES REBORN
NBC, 8/7c
“Send In the Clones.” Following Noah’s mysterious disappearance, Luke and Malina unite to rescue Tommy and save mankind. At the mysterious Sunstone Manor, Carlos and Farah fight alongside The Haitian to take down Matt Parkman and free the prisoners under his control. Meanwhile, Tommy and Miko join forces against Erica and her brutal plan for the future.