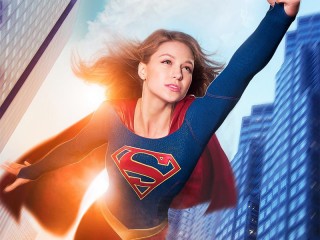 The DC television universe is expanding this week with the much-anticipated premiere of Supergirl, tonight on CBS! From the producers of Arrow and The Flash, the show looks to be a must-watch for genre fans.

Melissa Benoist (Glee) stars as Kara Danvers, a.k.a. Kara Zor-el, cousin of Superman who was sent from Krypton to watch over him as an infant. Now she’s a young woman living in National City, who decides to step out of the shadows and use her powers to help others.

Keep up with the show all season long with SciFi Stream’s Supergirl show guide, and head over to the forum to talk about the first episode! 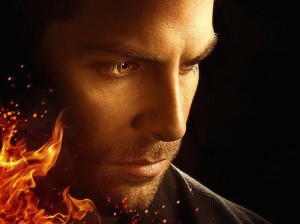 That’s not the only premiere this week. Friday brings the fifth season premiere of NBC’s Grimm (Happy Halloween!), and then on Sunday The Librarians are back on TNT.

All that’s just the tip of the iceberg for what looks to be a huge week in sci-fi and fantasy TV. Hiro Nakamura (Masi Oka) returns to Heroes in the first of a major two-parter, taking us back to the fateful date of June 13th. Team Flash has to find a new Firestorm, while Team Arrow desperately hopes to recover Sara’s soul. Meanwhile
Sleepy Hollow has its big crossover with Bones on Thursday, and the Zygons return to Doctor Who (along with Osgood, somehow) in the first of a 2-part invasion!

Now here is your complete schedule for this week in science fiction and fantasy television: 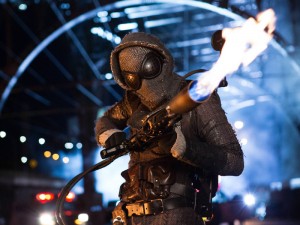 GOTHAM
FOX, 8/7c
“By Fire.” After Bridgit Pike rejoins her brothers, a new spark of courage ignites within her, as she chooses to take control of her future. Meanwhile, Kringle and Nygma’s relationship will take a new step and Penguin and Galavan continue to battle for control of Gotham City’s underworld. 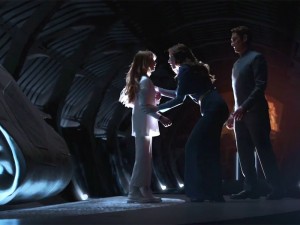 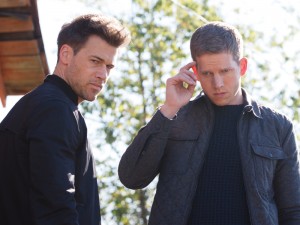 MINORITY REPORT
FOX, 9/8c
“Fiddler’s Neck.” Arthur and Dash team up to help a young girl in poor health whom they fear is the victim they see in their next vision. Although modern technology could save her, the community in which she lives prohibits the use of such equipment. When Vega and Agatha jump into the case, everyone must work together.
TUESDAY 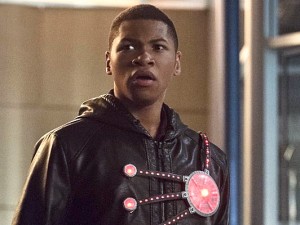 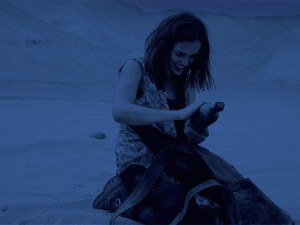 AGENTS OF S.H.I.E.L.D.
ABC, 9/8c
“4,722 Hours.” After her dramatic rescue from another planet, Simmons is still reeling from her ordeal and reveals how she had to fight for her life in a harsh new world.
WEDNESDAY 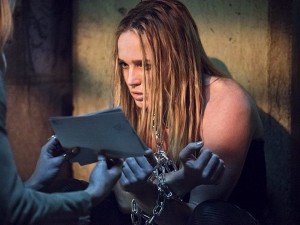 ARROW
The CW, 8/7c
“Beyond Redemption.” Laurel must deal with the repercussions of taking Sara to Nanda Parbat. Meanwhile, Oliver asks Captain Lance for a favor and while he’s not surprised at the response, he is surprised at what he finds out next.
THURSDAY

HEROES REBORN
NBC, 8/7c
“June 13th, Part 1.” In an effort to get answers, Noah Bennet joins forces with Hiro Nakamura to return to the day of the tragic events of June 13, 2014 that set everything in motion. On the verge of delivering a speech to commemorate the event, Mohinder Suresh receives a dire message from Angela Petrelli about Erica Kravid’s true motives. In Japan, Hachiro Otomo makes a calculated move against Hiro Nakamura. 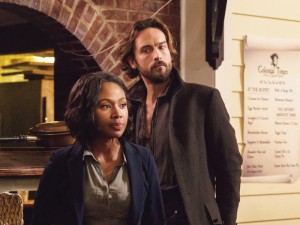 SLEEPY HOLLOW
FOX, 9/8c
“Dead Men Tell No Tales.” With Brennan and Booth in tow, Abbie and Crane set out to prove that supernatural forces are at play when a mysterious death plagues the FBI. As Pandora unleashes a force to awaken the dangerous Red Coat General Howe, both teams must find a way to save the town from the British Army of the Undead. 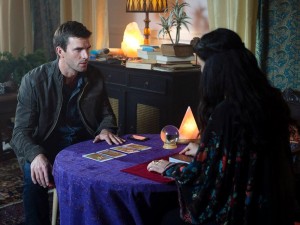 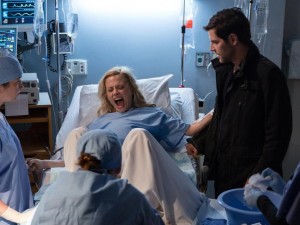 GRIMM
NBC, 9/8c – SEASON PREMIERE!
“The Grimm Identity.” In the wake of his mother’s beheading and Juliette’s death, things have never been more chaotic for Nick. Having lost so much, Nick must dig deep and decide what type of person he wants to be, while also coming to grips with fathering a child with his once sworn enemy, Adalind.
SATURDAY 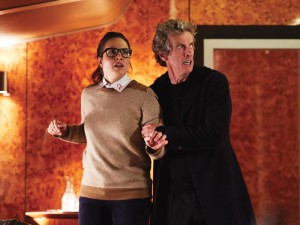 DOCTOR WHO
BBC America, 9/8c
“The Zygon Invasion.” The Zygons, a race of shapeshifting aliens, have been living in secret amongst us on Earth, unknown and unseen … until now! When Osgood is kidnapped by a rogue gang of Zygons, the Doctor, Clara and UNIT must scatter across the world in a bid to set her free. But will they reach her in time, and can they stop an uprising before it’s too late?
SUNDAY 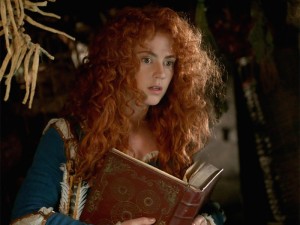 ONCE UPON A TIME
ABC, 8/7c
“The Bear and the Bow.” A chance encounter with Merlin, David, Hook and Belle gives Merida new hope in her quest to save her brothers from the usurping clans of DunBroch. Unwilling to leave anything up to fate, Merida brings Belle along on a dangerous journey. In Storybrooke, Regina, Mary Margaret and David discover the spell that would allow one of Merlin’s chosen to communicate with him. 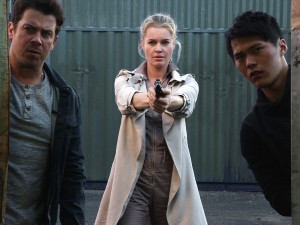 THE LIBRARIANS
TNT, 8/7c – 2-HOUR SEASON PREMIERE!
“And the Drowned Book.” While Jenkins discovers there’s something wrong with the Library since it returned from the Void, the Librarians all find themselves drawn back together after having been off on their own for months, to solve the mystery of a massive storm that has parked itself over Manhattan.

“And the Broken Staff.” Prospero summons other fictionals in order to retrieve parts of his staff; the librarians find themselves pitted against Frankenstein’s monster and Sherlock Holmes’ nemesis Moriarty; Flynn and Baird have a disagreement. 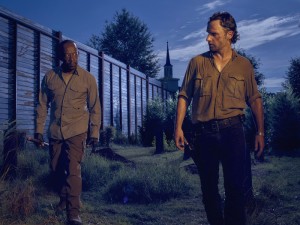