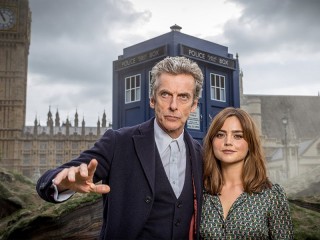 Ahead of the September 19 premiere of Doctor Who, the BBC has released another look at the ninth season of the show’s modern era — specifically, the first episode. Take a look below.

Titled “The Magician’s Apprentice” (a possible reference to Clara?), the season premiere brings back Michelle Gomez as Missy. From the looks of the 20-second episode teaser, she and Clara may be teaming up to track down the Doctor.

Doctor Who starts Saturday, September 19 around the world, including BBC One in the U.K. and BBC America in the U.S. Keep up with the show all season long with SciFi Stream’s Doctor Who show guide!