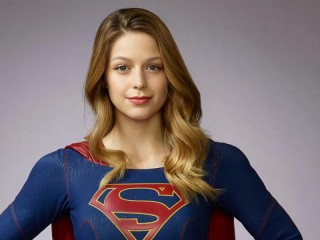 Taking the crown for our most anticipated new genre show of the fall season is Supergirl, flying in to CBS at the end of October. From the creators of Arrow and The Flash, the show looks to be setting just the right tone of action and heart, with both terrific comic-book visuals and three-dimensional characters.

Now CBS has released a new teaser trailer for the show, which premieres Monday, October 26. Take a look below.

The teaser is packed with new footage and shows off several of Supergirl’s (Melissa Benoist) powers (her strength, flight, heat vision, etc.) and a few of the threats coming to National City. The set-up seems to be a space-based prison colony which has crashed to Earth, releasing super-powered criminals.

Look for our Supergirl show guide to open its doors in the next week or two, and stay tuned for full coverage of TV’s newest hero!