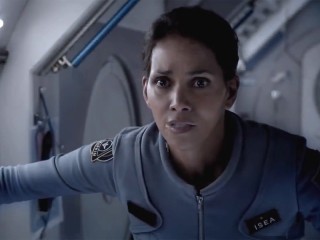 Extant fans will get a double dose of the CBS sci-fi show this Wednesday night, as Molly experiences physical changes that leave her worried — while she and JD work for peace between humans and the alien hybrides. Tune in for back-to-back episodes at a special time, 9/8c.

Also this week: Alex must intercept both Michael and Gabriel inside New Delphi on a new episode of Dominion, and on Falling Skies the 2nd Mass finds a safe haven and new allies in the final assault against the Espheni.

The Dark Matter crew is chasing Four on a reckless mission back to his homeland, and the Killjoys must take shelter when they are caught on a planet with a deadly storm of acid rain.

EXTANT
CBS, 9/8c
“You Say You Want An Evolution.” Molly panics when she discovers she is changing physically — the question is into what, and whether she can reverse what’s happening to her. Also, JD’s ex-wife, Dorothy, shows up suddenly on his doorstep to discuss their daughter.

“The Other.” Molly and JD try to convince Shepherd to broker a peace between humans and hybrids. Meanwhile, Lucy tries to manipulate Charlie’s feelings to put him in a compromising position. 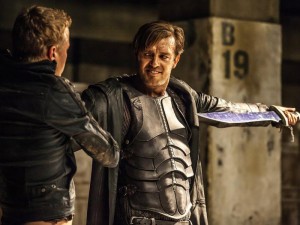 DOMINION
Syfy, 10/9c
“Son of the Fallen.” Alex spearheads a plan to intercept Michael and Gabriel, who have breached the walls of New Delphi in pursuit of their mutual target; Claire begins the negotiation process with the revolting V1s; at the same time, David attempts to restore his legacy by any means necessary.
FRIDAY 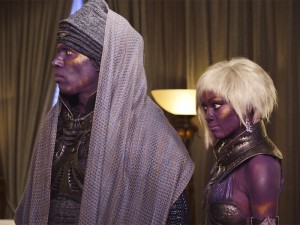 DEFIANCE
Syfy, 8/7c
“When Twilight Dims the Sky Above.” Amanda welcomes a Votanis Collective delegation to Defiance; Stahma’s loyalties are tested; T’evgin works to acclimate to life on Earth. 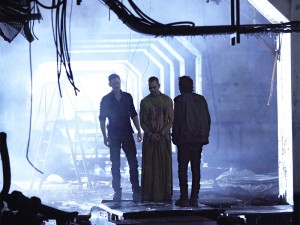 KILLJOYS
Syfy, 9/8c
“Come the Rain.” A toxic Black Rain storm over Westerly forces John and Pawter to take shelter in the Royale overrun with a gang of dangerous criminals. Meanwhile, Dutch and D’avin are trapped on Lucy coming perilously close to the eye of the storm. 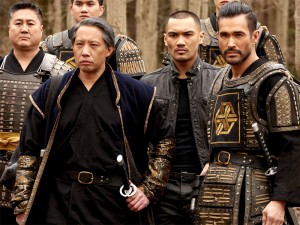 DARK MATTER
Syfy, 10/9c
“Episode 9.” Four abandons the ship to embark on a reckless mission to reclaim his past and the crew are left wondering whether they should rescue him or let fate run its deadly course.
SUNDAY

HUMANS
AMC, 9/8c
“Episode 7.” Karen seeks out George as she tries to track down Niska, while Pete tries to find out who his former partner really is — but is unprepared for the strange truth he uncovers. Laura offers the fugitive synths with a safe hiding place, an act that offers hope for a harmonious future between humans and artificial intelligence — but this possibility is threatened as Hobb closes in on them. 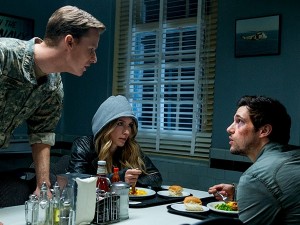 FALLING SKIES
TNT, 10/9c
“Everybody Has Their Reasons.” The 2nd Mass arrives at a safe haven. As the two groups make plans for the final assault on the Espheni, the 2nd Mass begins to realize that things aren’t exactly as they seem.