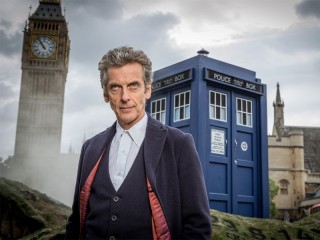 Doctor Who‘s ninth season (of the modern era) is racing toward our TV screens, and today the BBC unveiled the second trailer for the new season.

Season Nine is the second for twelfth Doctor Peter Capaldi, who will be joined again this year by companion Clara Oswald (Jenna Coleman). (Producers say that, unlike last year, Clara will be all-in for her travels with the Doctor on board the TARDIS.)

Watch the 1-minute trailer below, followed by the first trailer released earlier this summer. It sports lots of new footage, including aliens, Daleks, a longer-haired Doctor, the return of Michelle Gomez’s “Missy,” and more of guest star Maisie Williams (Game of Thrones‘ Arya Stark).

Doctor Who returns Saturday, September 19 (9/8c) on BBC America, and the same day on BBC One in the U.K. For more on the show head over to SciFi Stream’s show guide!