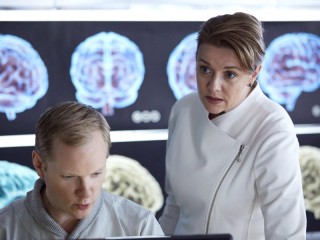 Stargate and Sanctuary veteran actress Amanda Tapping is back on Syfy Channel this week, turning in a guest appearance on a new episode of Killjoys!

Her character is described as a “fiercely clever scientist” who keeps her true intentions concealed from Dutch, John, and D’avin.

Also this week: Six is out for revenge on Dark Matter, while on Extant Molly discovers that Ethan is still alive. Nolan and Irisa hunt for an unusual killer that has struck the town of Defiance, and on Falling Skies Tom finds a family that gives him a unique glimpse at life without war. 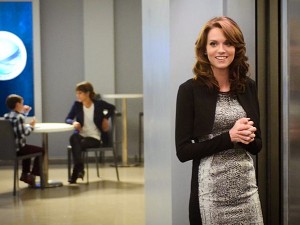 EXTANT
CBS, 10/9c
“The New Frontier.” Molly discovers Ethan is alive and sets out to get her son back. Also, suspicions about John’s death cause JD to investigate Julie’s potential involvement.
THURSDAY 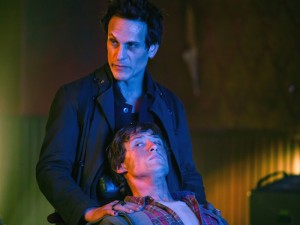 DOMINION
Syfy, 10/9c
“A Bitter Truth.” Alex, knowing his welcome in New Delphi is running thin, takes a dangerous step in his hunt for Gabriel; at the same time, he, Noma and Riesen uncover the truth behind Julian’s origin. Elsewhere, Claire and Gates go toe-to-toe with a dangerous assassin; and David attempts to forge an alliance with the revolting V1s.
FRIDAY 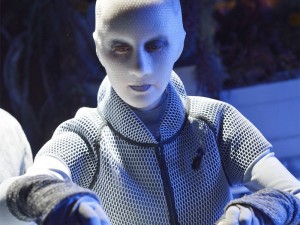 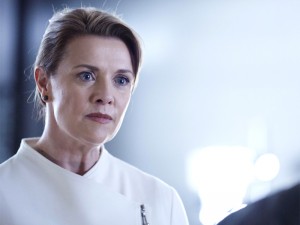 KILLJOYS
Syfy, 9/8c
“Kiss Kiss, Bye Bye.” The quest to uncover the mystery behind D’avin’s missing memories leads the Killjoys to an underground black market and triggers a shocking incident that will haunt the team. 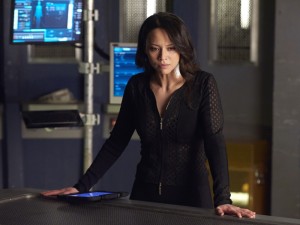 DARK MATTER
Syfy, 10/9c
“Episode 108.” The crew stop at a space station to refuel and rest, but Six has a different agenda, which has to do with revenge. Meanwhile, One is taken aback by an unwelcome revelation.
SUNDAY 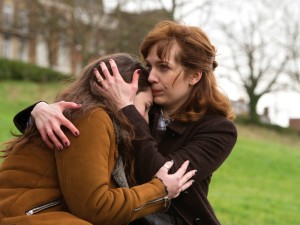 HUMANS
AMC, 9/8c
“Episode 6.” The fractured Hawkins family reaches its lowest ebb, with dad Joe in exile, and Mattie, Toby and Sophie tired of their parents’ lies. Meanwhile, Karen finally discovers ‘killer synth’ Niska’s whereabouts, and a joyful reunion for the runaways is cut tragically short when a brutal betrayal forces one of their number to make the ultimate sacrifice. 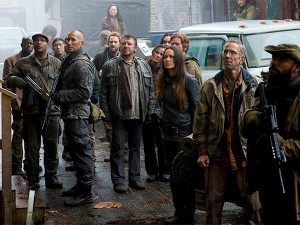 FALLING SKIES
TNT, 10/9c
“Respite.” Tom takes refuge with a unique family who has distanced themselves from the fight, giving him a glimpse of life without war.