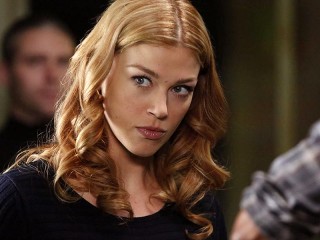 As Daredevil makes a big splash on Netflix this month, ABC is securing its place as Marvel’s home on the television box.

With the fall upfront presentation only a month away, the broadcast network is considering as many as four shows set in the Marvel universe for the 2015-2016 broadcast season.

One, of course, is Agents of S.H.I.E.L.D. — which seems secure for a third season renewal. The show has been riding a creative high and decent this season, with the addition of several characters and tie-ins to feature films like this week’s The Avengers: Age of Ultron.

Sitting squarely on the bubble, by contrast, is the mid-season prequel series Agent Carter, starring Hayley Atwell. The show received strong critical acclaim for its 8-episode run, but drew only OK ratings. 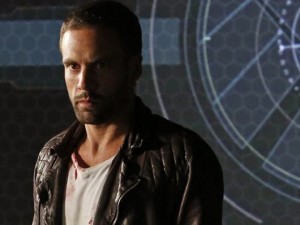 Nick Blood would co-star in a potential S.H.I.E.L.D. spin-off.

Current S.H.I.E.L.D. co-stars Adrianne Palicki and Nick Blood headline a possible spin-off series, according to The Hollywood Reporter. That would follow their characters Agent Bobbi Morse (a.k.a. Mockingbird) and mercenary Lance Hunter in their own adventures, set up by the events of S.H.I.E.L.D.‘s second season finale.

The potential spin-off is being developed by Agents of S.H.I.E.L.D. executive producer Jeffrey Bell (Angel, The X-Files) and writer Paul Zbyszewski (LOST). ABC and Marvel have not commented on the report.

Finally, ABC is reportedly considering a top-secret mystery project set in the Marvel universe from executive producer John Ridley (American Crime). Details are still under wraps, but it is described as a reinvention of an existing superhero property.

There is some speculation that one of the shows could take Carter‘s place as a mid-season fill-in, particularly should that show not get the go-ahead for a second year. But we won’t know ABCs final plans until May. Stay tuned!