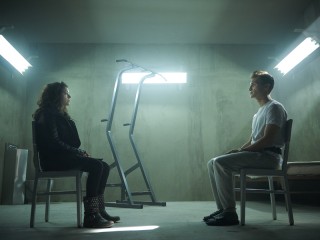 Get ready, Clone Club! Orphan Black is headed back to our screens in just a few months. Today SPACE and BBC America gave us not only a premiere date — April 18, 2015 (9/8c) — but also the first teaser. Check it out below.

The acclaimed series’ second season blew out the clone mythology, with the revelation (SPOILERS ahoy!) in the final episode that a line of male clones (played by Ari Millen) also exists. Look for Sarah (Tatiana Maslany) and her clone sisters to go up against the male clone soldiers when the third season begins.

BBC America also released the first image from the new season, which is now in production in Toronto. (Click on the image above to see a larger version.)

Stay tuned for more on Orphan Black in 2015!