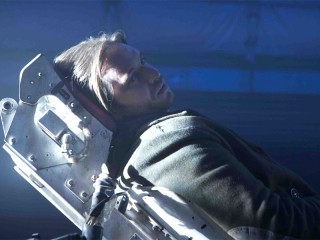 The newest Syfy Channel original series (well, after Ascension starts in November) is 12 Monkeys, and today the network pinned a date on the calendar for it.

Based on the 1995 film by Terry Gilliam, 12 Monkeys “explores the provocative story of a time traveler from a decimated future in a high-stakes race against the clock,” according to a press release. “Utilizing a dangerous and untested method of time travel, he journeys from 2043 to the present day on a mission to locate and eradicate the source of a deadly plague that will all but annihilate the human race.” 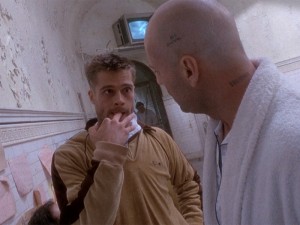 The show will roll out its marketing campaign this weekend at New York Comic Con, with a panel event set for Saturday, October 11.

Aside from a fun new show starting, what is also newsworthy about today’s announcement is the time slot itself: Syfy has been airing WWE Smackdown in the 8-10 p.m. time slot on Friday nights since 2010. NBC Universal renewed the network’s commitment to Smackdown earlier this year, and this looks like confirmation that the show will move off of Friday nights by January.

Reports in late August suggested that the network was moving Smackdown to Thursdays as early as October. Instead, Syfy opted to keep it on Fridays and set up Haven and Spartacus on Thursdays for the fall.

Stick with SciFi Stream for more on 12 Monkeys in the weeks to come!